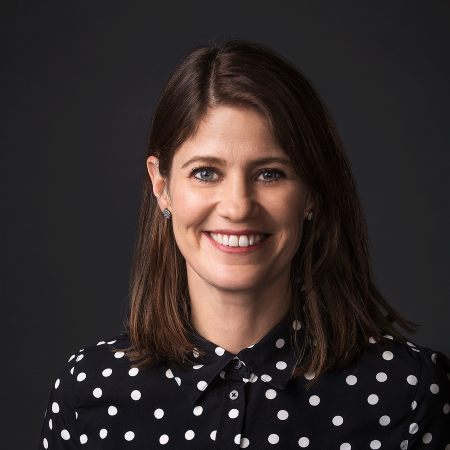 Myra Nussbaum
EVP, ECD
Leo Burnett
Named one of the top 30 creatives in advertising by AdWeek, Myra Nussbaum has spent her career making work that moves at the speed of culture. From helping colorblind people see color for the first time, to the biggest product launch in KFC history, Myra’s work moves hearts as well as business for brands such as Mars, Miller Lite, KFC, Kmart, SC Johnson, BMO Harris Bank, Valspar and Ford. Her most recent brand launch for Miller Lite reintroduced a classic tagline, It’s Miller Time, to a social media obsessed generation. By reminding drinkers that real friends are more important that ‘followers’, Miller Lite’s campaign earned $36 million in media and increased market share against Bud Light by 3% despite being outspent 3 to 1. She launched the Miller Lite Cantroller, a beer that’s also a video game controller, that broke branded content records on Twitch.

As a child of MTV and Apple computers Myra’s creative vision is in step with the zeitgeist of the time. Her work has been featured in the NY Times, Forbes, Wired, the Today Show and many other media outlets as well as all the advertising trade press. She’s been awarded by the top advertising award shows including Cannes, D&AD and The One Show.